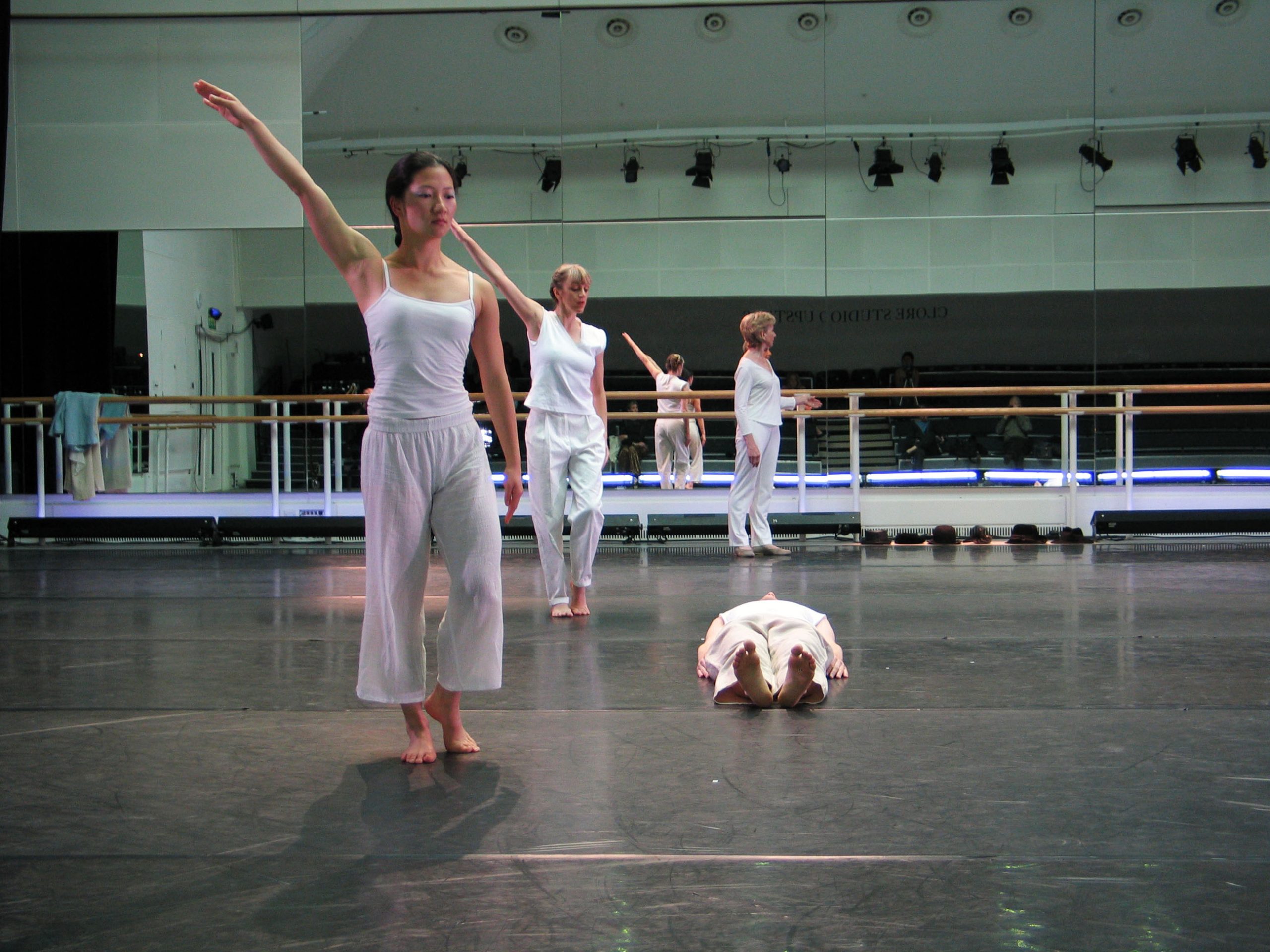 In this work, pioneering choreographer Jacky Lansley deepens her dialogue with Franz Schubert’s late piano sonatas, a dialogue which began in her previous work, Coats and Plays (2003).

Premiered in the Clore Studio at The Royal Opera House (2004).

“It is a measure of Lansley’s experience that this gem coheres so well while preserving its performers’ individuality’. Just as Schubert’s music “holds” the silence between its notes, so the choreography holds the spaces between the dancers – and it’s those gaps that tug at our imaginations.”
Sanjoy Roy, The Guardian

“To selected movements from Franz Schubert’s late sonatas, beautifully played by Philip Gammon, Jacky Lansley brings a most interesting work to the third stage of the Royal Opera House.”
Gavin Roebuck, The Stage

“one of the most satisfying and professionally realised pieces yet to be premiered at the Clore Studio….exudes a quiet confidence and tender humour”
Allen Robertson, The Times

“I am interested in how the delicacy, harmony and grotesque qualities of everyday gestures can be synthesised into something of meaning and eloquence; and to explore how the small and seemingly insignificant is important, particularly against a backdrop of complex global concerns. The formal beauty of Schubert’s piano sonatas provides an intriguing emotional world for the work.”
Jacky Lansley