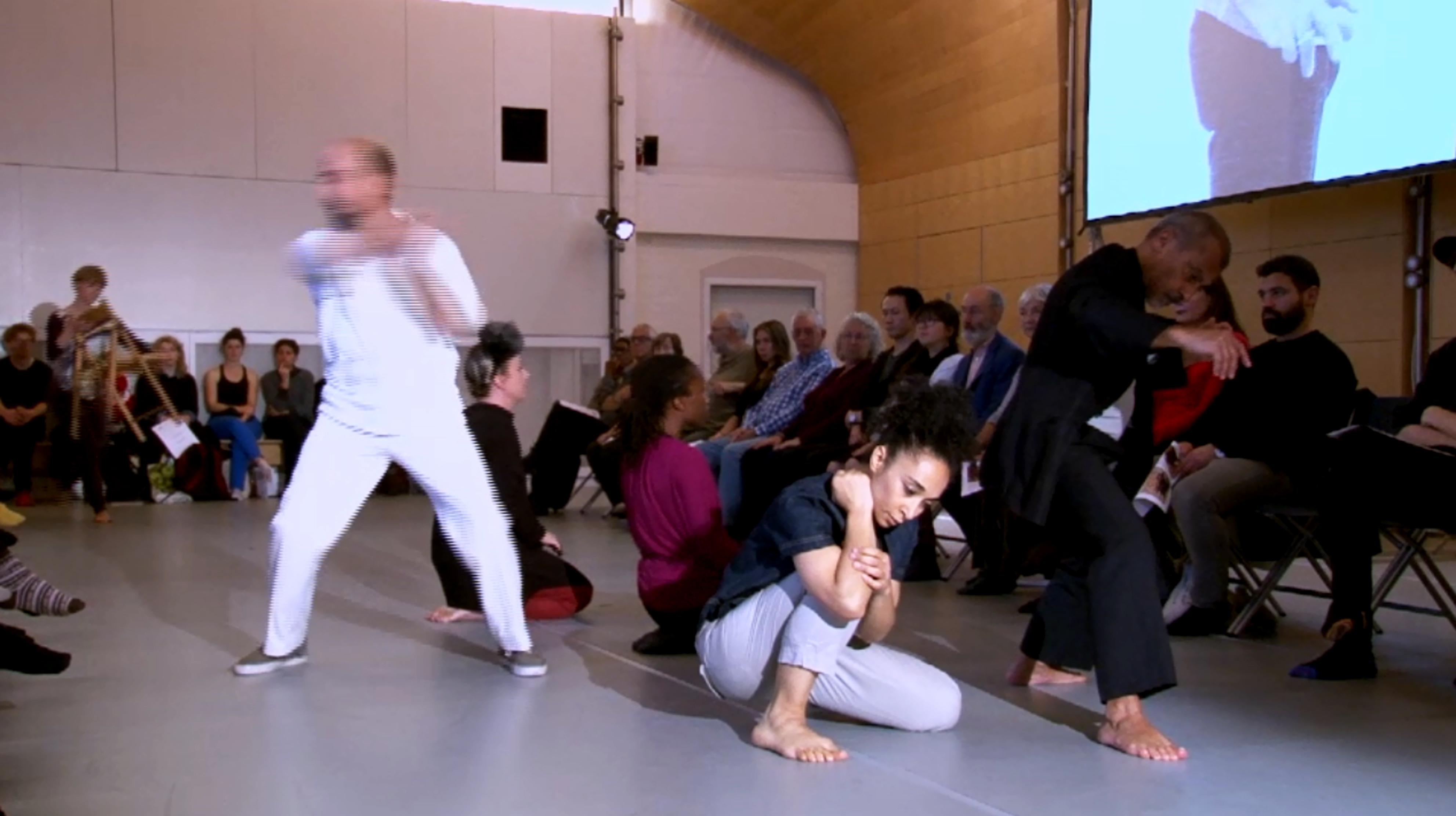 I have always worked with performers who, like myself, want to cross paths with other art forms in the quest to find artistic languages and forms that can explore the important and difficult stories that are ‘about us’.
Jacky Lansley

“Jacky has been creating situations in which people can talk, and exchange, and raise issues around emotional experiences. This seemed to me to relate to the binaries inside/outside, private, public, and personal/political. How might some of the material generated during the R&D period – much of which seems to me to be affecting – relate to the particular ways in which people are having emotional experiences within Austerity Britain, post-crash Europe, and the car-crash-in-slow-motion of environmental degradation? I’m not saying that the material being developed is ‘about this’, but I am just asking where people who are being open about emotional experiences (not all of which are necessarily painful or melancholy) might resonate with audience members because of the way it seems to pick up on a more generalised space relating to contemporary experiences?”
Ramsay Burt – contribution to the ‘ABOUT US’ research blog. Also quoted in Choreographies – Tracing the Materials of an Ephemeral Art Form by Jacky Lansley, published by Intellect Books (2017).

Jreena Green, Tim Taylor, Fergus Early and Esther Huss in ‘About Us’

Jreena Green in ‘About Us’

Esther Huss in ‘About Us’

Jreena Green and Esther Huss in ‘About Us’

Fergus Early and Esther Huss rehearsing ‘About Us’

Tim Taylor and Jreena Green in ‘About Us’

Jacky Lansley and Ingrid Mackinnon in ‘About Us’

Esther Huss, Jreena Green, Tim Taylor and Fergus Early in ‘About Us’

Esther Huss in ‘About Us’

“ABOUT US is a remarkable embodiment of ordinary human experience that reveals the universal through the personal, and places dance firmly in the political sphere.”
Maggie Watson of Oxford Dance Writers

“This is utopian performance in which performers bathe both one another and their audience in well-being and gently instil a sense of hope for our collective futures…”
Josephine Leask, DanceTabs

“…In one sense, About Us coalesces around this country’s ongoing political and social unrest and how individual circumstances feed into it. The value of artistic means is that they can make ‘us’ … think deeply through the imagination, and Lansley shows us to what extent the personal is political. At the same time she suggests the role of choreography, as both a mirror of the tangled web of cause and effect and as a means to resolve it, is an appropriate metaphor for a way forward. As dramaturg Ramsay Burt asks, ‘Are we perhaps choreographing hope…?’ The final section, however, goes far beyond this current political quandary to embrace the very survival of the planet. The original stories give way to projected statistics and quotations that form a didactic panorama about endangered species — not least about our own… how can these personal stories connect to the impending extinction of the planet as we know it?”
Nicholas Minns, Writing About Dance